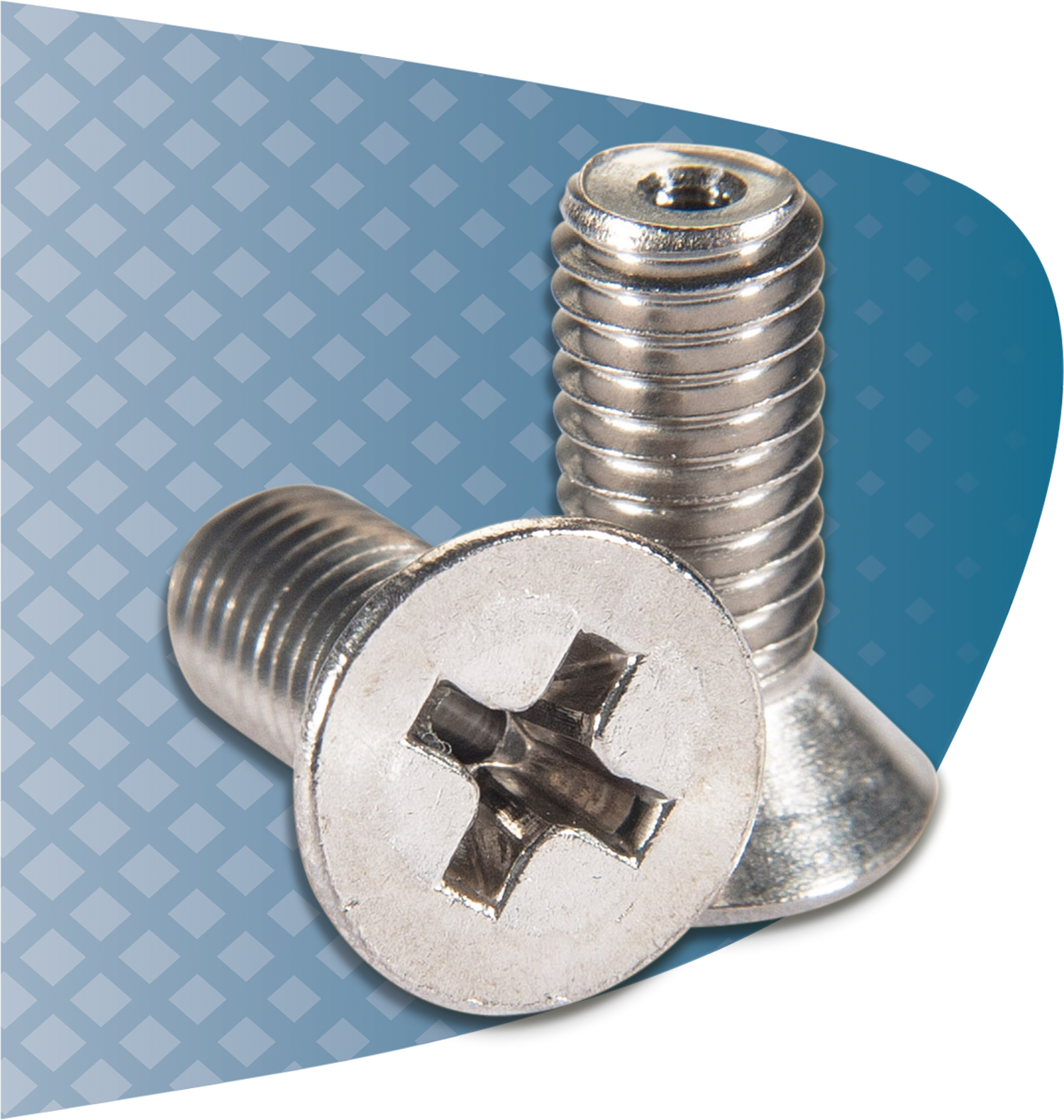 UC Components, Inc. – From humble beginnings to the leader in vented fasteners

UC Components, Inc. started in 1974 at home in the Anderson family garage in Union City, California. Ron Anderson had an innovative idea to standardize specialty vented fasteners for the vacuum industry and bought himself a drill press, a spray mist cooler, and a small compressor using his personal credit cards. With his expertise in the vacuum industry Ron knew standardized fasteners were desperately needed but he lacked the knowledge of exactly which fasteners were needed. Speaking with fastener industry colleagues from local distributor The Olander Company, as well as California fastener manufacturer Ideal Fasteners, about what he was doing gained him immediate assistance on procuring the correct types of screws to test, the technical information he needed, as well as more general education on fasteners themselves. Later, future friendly competitors helped Ron to join the Western Association of Fastener Distributors (now the Pac-West Fastener Association) to facilitate fastener industry networking to help UC Components to grow.

Ron’s initial career started in 1955 as an equipment designer for the Dew Line Project. He moved from Wisconsin to California in 1960, following his battle with polio, to go to work for Varian Associates building equipment for NASA to accomplish John Kennedy’s edict of getting a man on the moon before the end of the decade. During this period of scientific innovation, many new products evolved and vacuum became a widely used tool in the semiconductor field evolution.

Vented screws were already being used in semiconductor processing equipment and vacuum applications, however these parts were not available commercially and each company was forced to make their own. Meaning there was no standardization in the industry or distributors for these types of fasteners. Working as a designer in the vacuum and semiconductor industry, Ron decided to start his own part-time business manufacturing these unique fasteners. Our founder’s goal was to address a need for specialty fasteners that would allow more complete evacuation of air and elimination of “virtual leaks” from HV and UHV systems. As his home-based part-time business began to grow, Ron was laid off from his full-time job and UC Components was transformed into a full-time family business.

In the beginning, Ron was doing all of the manufacturing, marketing, and distribution for his specialty vacuum fasteners all on his own. Companies that needed the product really didn’t know UC existed yet and distributors had no clue what the vacuum engineers were talking about. Steve Brachini suggested to Ron that he join the Western Fastener Distributor’s Association, he got Ron an invitation to join, and he did. That critical step really helped UC gain t he attention it needed to grow and expand.

A vacuum-first understanding of the industry still informs our processes, enabling UC to create a range of products that meet or exceed the unique requirements of modern vacuum equipment. Today UC Components, Inc. is located in beautiful Morgan Hill, California and has grown to lead our field by providing superior quality products specifically designed for vacuum applications. In the decades since UC Components began, applications for High Vacuum and Ultra High Vacuum technology have grown considerably. What started as a niche market for the space exploration and defense industries has expanded to encompass a broad spectrum of applications, from semiconductor manufacturing to food processing and beyond.

As the markets for the use of HV and UHV equipment have grown, UC has grown right along with them, from a “Mom and Pop” shop into a second-generation, family-owned business with approximately 40 employees on staff. UC Components, Inc. serves OEMs, end users, government labs and facilities, universities, and a wide variety of other types of customers all around the world from our location on the cutting-edge of California’s Silicon Valley.

Today UC Components, Inc., operates under the guiding hands of Ron’s son Rick and Rick’s long time friend and SJSU College mate Jeff Renggli. Rick and Jeff further expanded the company and refined the quality of the company’s offerings by creating what is now known as the RediVac® system. This system ensures that literally every single fastener and seal ordered from UC arrives ready to install immediately – saving UC’s customers time, effort, and money. This proprietary process reduces surface particulates and other contamination by utilizing a multi-stage cleaning, inspecting, and packaging process which is all done inside of UC’s top-of-the-line certified Class 100/ISO Class 5 Cleanroom. The entire UC RediVac® product line of screws, washers, and nuts is engineered for faster pump-down and more complete evacuation of vacuum systems, as well as corrosion resistance and galling prevention.

UC Components, Inc. is still one of the leading manufacturers of fastener and seal products for clean-critical environments of the 21st century, with a focus on plated, coated, polished, cleaned, and vented screws for High and Ultra High Vacuum equipment.

Can’t Find What You Need? Call for Custom Solutions & Prototypes 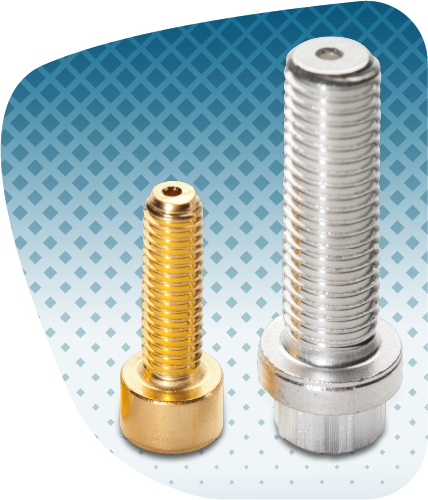 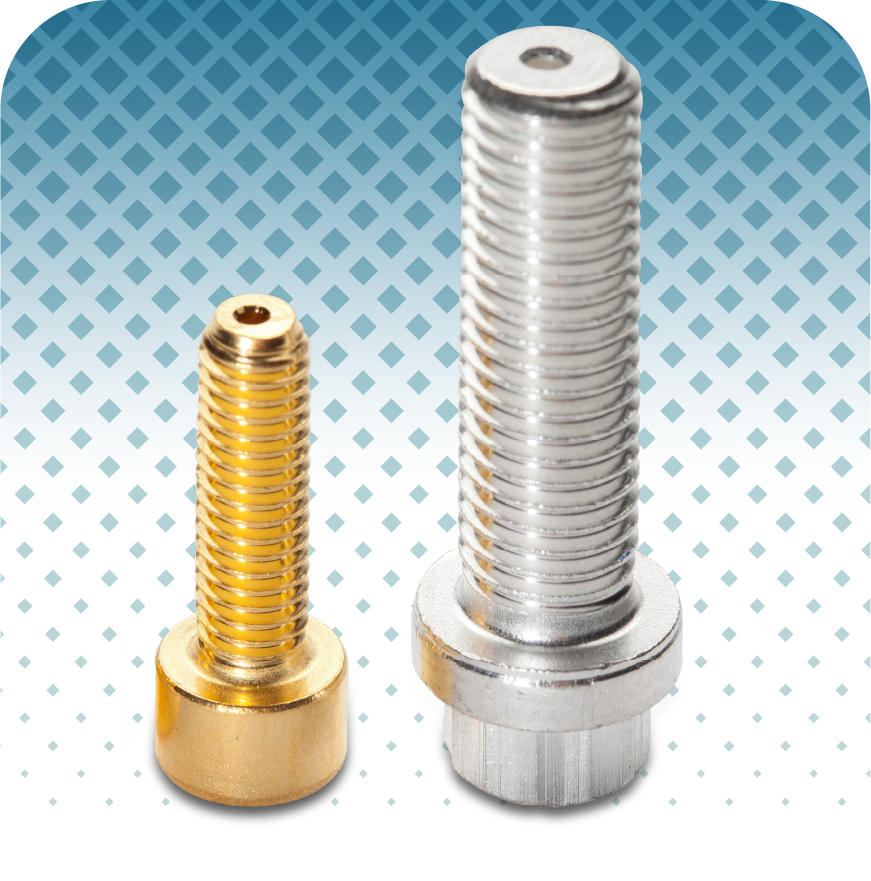 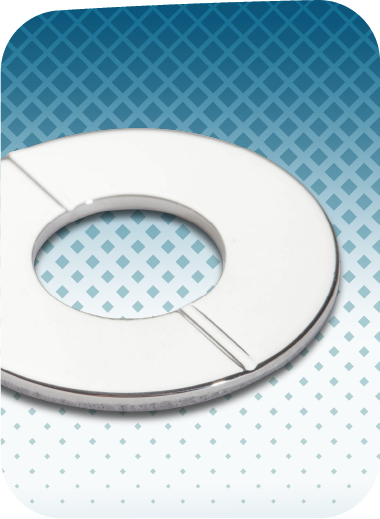 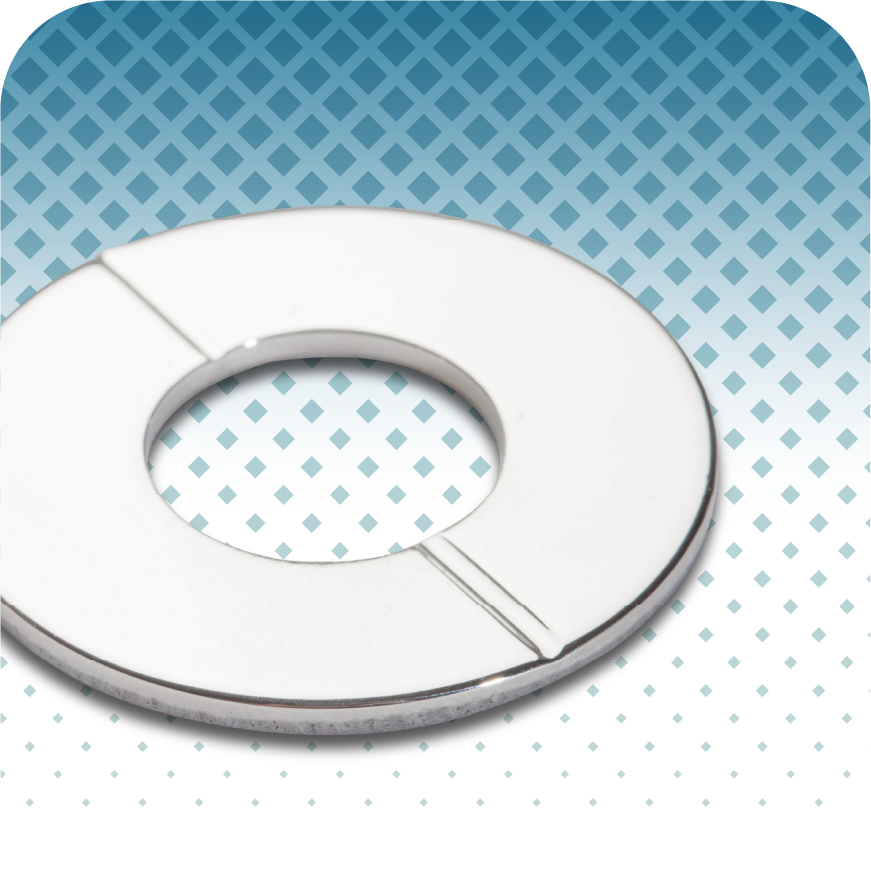 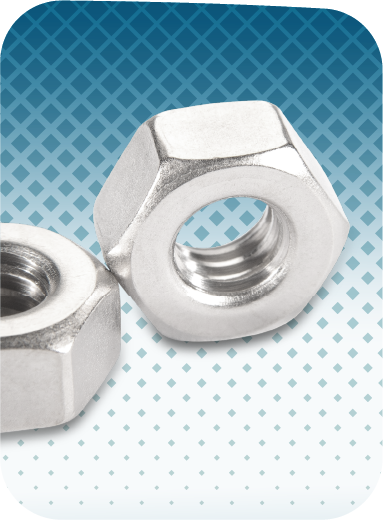 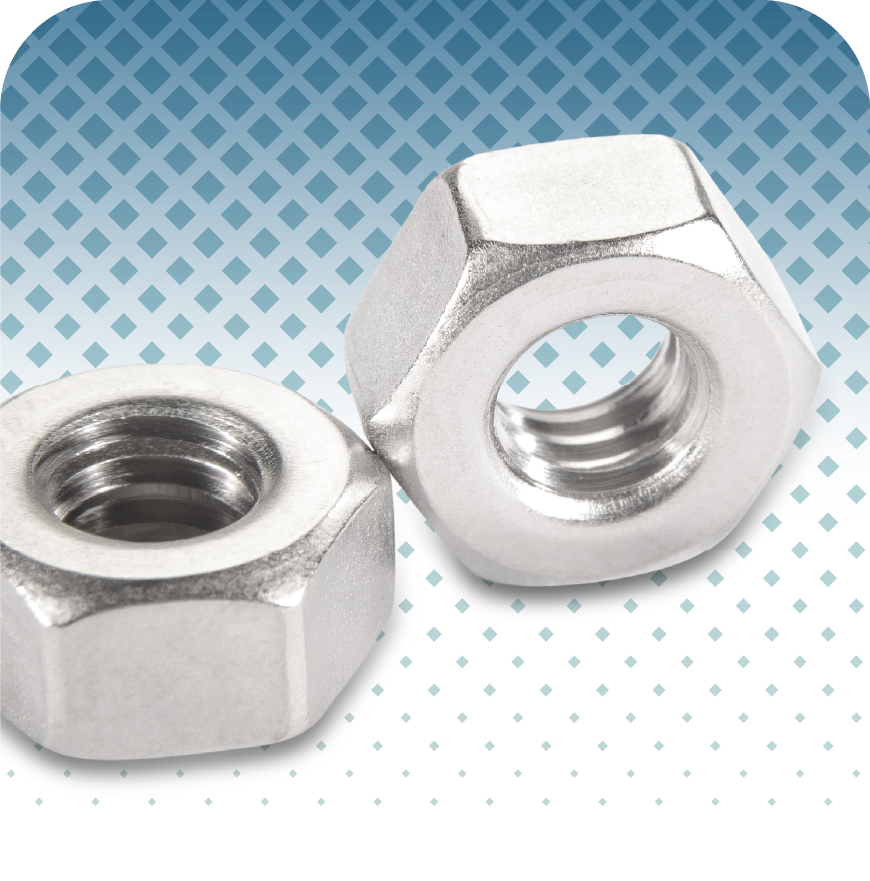 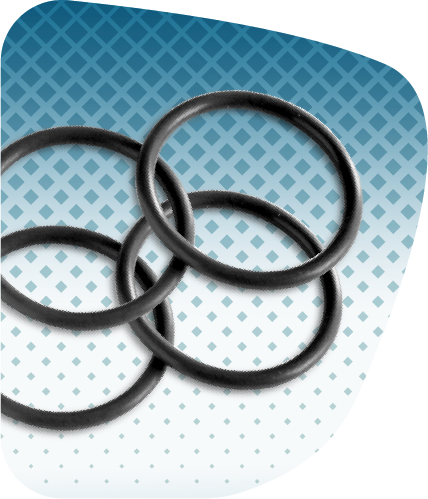 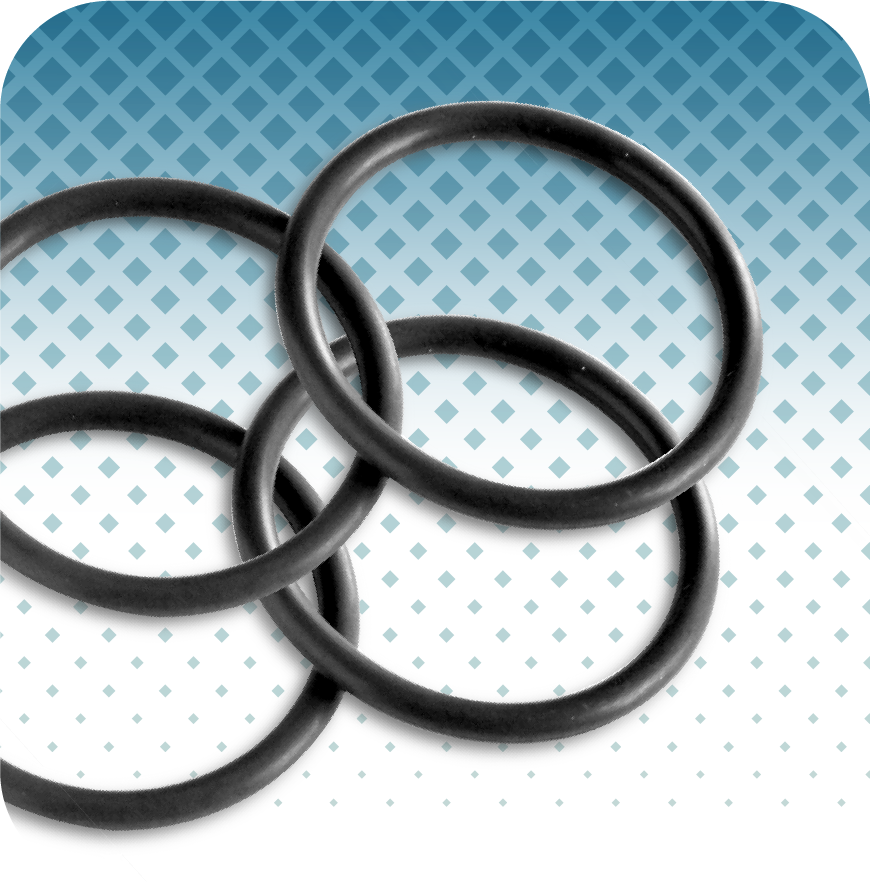 Epilepsy Safe Mode
Dampens color and removes blinks
This mode enables people with epilepsy to use the website safely by eliminating the risk of seizures that result from flashing or blinking animations and risky color combinations.
Visually Impaired Mode
Improves website's visuals
This mode adjusts the website for the convenience of users with visual impairments such as Degrading Eyesight, Tunnel Vision, Cataract, Glaucoma, and others.
Cognitive Disability Mode
Helps to focus on specific content
This mode provides different assistive options to help users with cognitive impairments such as Dyslexia, Autism, CVA, and others, to focus on the essential elements of the website more easily.
ADHD Friendly Mode
Reduces distractions and improve focus
This mode helps users with ADHD and Neurodevelopmental disorders to read, browse, and focus on the main website elements more easily while significantly reducing distractions.
Blindness Mode
Allows using the site with your screen-reader
This mode configures the website to be compatible with screen-readers such as JAWS, NVDA, VoiceOver, and TalkBack. A screen-reader is software for blind users that is installed on a computer and smartphone, and websites must be compatible with it.